No one wants to be an OFW forever. Money can never take back the lost opportunities to be with your loved ones, see your kids grow, and attend milestone family events like birthdays, weddings, and anniversaries.
These are enough reasons to dream of, one day, returning home for good. For OFWs, it’s a powerful motivation to save and invest in a business that will provide a sustainable source of income without flying away.
As a modern day hero, you know you deserve better. So, begin dreaming of becoming your own boss. Let’s learn from the success stories of former OFWs who flew back home to dare the business scene.
Myrna Padilla

Growing up diving for and selling seaweeds in Bohol, Myrna Padilla didn’t know she has a passion for computers until she worked as a domestic worker in Hong Kong. She’d watch her 8-year-old ward each time the boy used his computer. Later on, she learned how to use the mouse, browse the Internet, and send e-mails.
Myrna did not stop there. She looked for ways to learn how to use the Internet for business and communication. After 20 years of working abroad, she returned to her homeland to become a self-made entrepreneur with her own business process outsourcing company—now one of the biggest in Davao City.
Lesson: Find your passion, work hard, and don’t be afraid to learn new things. Knowledge is gained in different ways. Be dedicated to improving your skills. 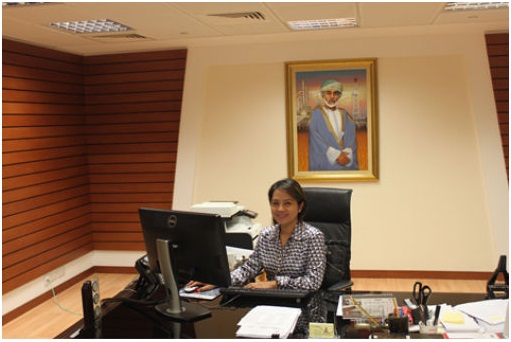 As the eldest among seven siblings, Imelda Alahul-Dagus dreamed of giving her family a bright future—like any other eldest would. That’s what pushed here to fly to Yemen a few months after receiving her diploma in 1898. It was only until 1997 when she landed a better paying job in Oman as an assistant for an oilfield drilling contractor.
Imelda continued dreaming though since she wanted more for her family. So, after 19 years in the Middle East, she thought of putting up her business in the Philippines. Through some people she met along the way, she was inspired to improve their family business and her grandmother’s brainchild, the Dennis Coffee Shop in Sulu.
Determined to bring Sulu coffee to the Zamboanga market, Imelda, together with her trusted team, is currently pursuing her unexpected dream project to preserve her grandmother’s heritage.
Lesson: Have a Plan B. Don’t settle for what you already have. Use your family as your inspiration to become successful.
Princess Abigail Loninia and her husband James 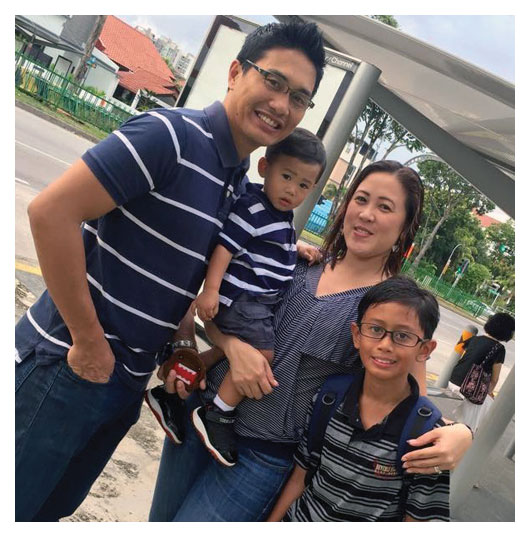 The couple, Princess and James, knows that working abroad isn’t forever although they may be living their dreams in Singapore with their two young children. Princess is a finance executive while James works in a Singaporean IT company.
To kick-off their investment dreams, the two decided to put up a spa franchise in Cubao. While in Singapore, they juggle their day jobs and business operations with the help of technology. They monitor their income through internet banking, customer feedbacks are sent to them directly, and they meet with their staff virtually once or twice a week.
In the future, James and Princess wish to open more branches to be full-time entrepreneurs.
Lesson: Don’t let distance hinder your entrepreneurial dream. With the use of modern-day technology, business opportunities and possibilities are now limitless possibilities.
Rodolfo Valenzuela 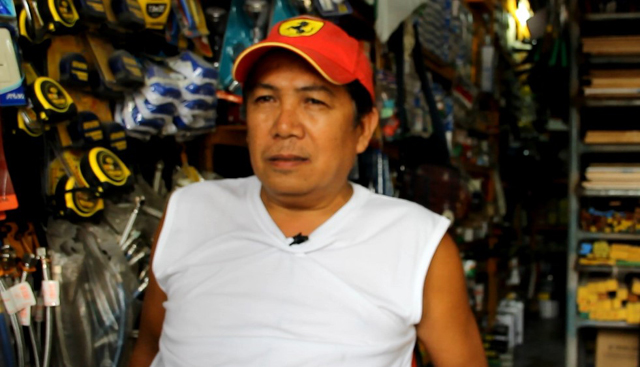 Before becoming a hardware store owner, Rodolfo Valenzuela was a kargador, a welder, a salesman, and a factory worker. He tried all that to finance his education and become a civil engineer.
After college, he worked in Saudi Arabia as a hardware salesman. Little did he know, his work would give him a good business idea. He was inspired to use his experience to establish his own hardware shop in the Philippines. In a span of two years, he was able to save up and return home to build his own business.
Lesson: Don’t be afraid to use what you learned in your job. Know where you’re good at and align your business with your expertise.
Mike Casas 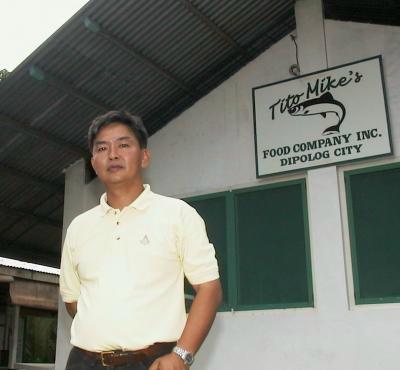 After four years of working overseas, Mike Casas left his job as a mechanical engineer to go back to the Philippines. He used his savings to fund his small venture of bottled sardines in Dipolog City.
Starting with four employees, his business grew from selling to relatives and close friends to becoming the talk of the town. Now, his products are being sold in supermarkets nationwide.
His engineering skills helped him improve the production of his bottled goods. The Dipolog School of Fisheries and DTI also provided technical assistance, which supported his business growth. Mike’s business also provides a source of income to fishermen and bottlers.
Lesson: Start small but dream big.
These inspiring stories prove that OFWs need not live away from their family forever. They can be their own boss as successful entrepreneurs too.

If you’re an OFW, save up for your future business or choose your options. There are a lot of ways to help you fund your dream investment. One example of which is by pawning your old items like jewelry and gadgets in an online pawnshop like PawnHero.

Tags:
Previous Article
Around the World: How OFWs Can Spend The Holidays Away From Home
Next Article
Spooky Personality Profile: Which Type Of Monster Are You? [Infographic]

What Your Luxury Watch Says About Your Personality [For Men]
Pawnina Bayani May 16, 2017

Concert Tickets? Five Things You Can Do To Get To Watch Your Favorite Band
Pawnina Bayani November 15, 2016

What Your Luxury Watch Says About Your Personality [For Men]

Concert Tickets? Five Things You Can Do To Get To Watch Your Favorite Band