The world is full of unsung heroes, whose stories await to be told. We are not talking about cape-clad beings with supernatural abilities. We are talking about ordinary people like you and me, who strive and sacrifice every day to make an otherwise dire situation for easier for their families.
Have a tissue handy, and prepare to be touched and inspired by stories of these Filipino workers:

At a tender age of nine, Bryan’s mother perished, leaving him the responsibility of looking after his younger brother and sisters. To help ends meet, he tried applying for a job, but to no avail. He had no degree or skills to speak of.
In his determination to earn, he peddled from one house to another, selling tables and other furniture. With all the strenuous labor, however, his health began to deteriorate, and he began to fall ill.
When he survived his sickness, he decided to expand his knowledge by taking a course for call center agents. He began a career in the call center industry, gained new skills, and later stepped up to become a director in a university.
Eventually, he was able to start a review center of his own. To date, the review center has expanded to three branches, and still counting. The center grooms approximately 10,000 students for future employment. 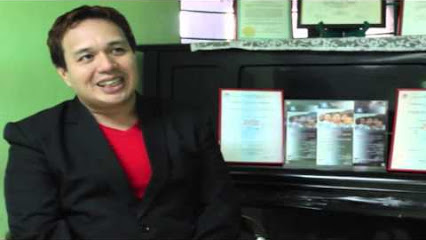 In 1941, the Japanese bombed Pearl Harbor and launched an invasion of the Philippines, simultaneously. When the war ended in 1945, the archipelago was left littered with bodies of over 13,000 Americans, 300,000 Japanese, and countless Filipinos who perished in the conflict.
Many of the remains never made it back home. They lay scattered beneath the Filipino soil, awaiting proper burial. This is where Santos Bayucca comes into the picture.
Working for various Japanese NGOs, Santos scours caves and chips away the earth to look for fragmented jawbones, severed legs, and broken pelvises of soldiers killed many years ago.
You may have already deduced that this was no easy feat. Add to that the fact that bone hunting is also very dangerous, as he constantly gets threats from rival bone hunters. This urged him to train his children to shoot. “It’s a terrible, terrible life that I have now,” he shares with reporter Yuka Uchida.
Despite the setbacks, Santos continues to dig. Save his desire to honor his great-grandfather who fought as a guerrilla and the pity he feels for the soldiers who died in the war, the job puts the bread on the table. 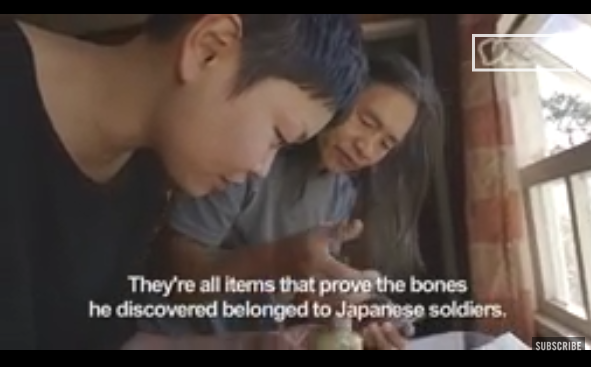 In 2008, a documentary by Jay Taruc for ‘I-Witness’ chronicled the lives of ‘Batang Kalabaw.’ These are children who brave ankle-deep mud barefoot, to carry logs down steep mountains. In Taruc’s own words, “Mabigat na pasanin para sa kakarampot na kita.”
At 14 years old, timid and reserved Cherilyn was easily the eldest in the group, and at 6 years old, playful Randy was the youngest. Hailing from a town where residents made a living mainly out of logging, children took to carrying logs to help their families. Some of the kids carried logs to buy snacks, but not all of them are that “fortunate.”
These logs prove heavy for a grown man—imagine how heavy the strain must be for the tiny frames of these young kids. For hours of hard work under the harsh sun, the kids can earn somewhere between six to fourteen pesos.
Despite her young age, Cherilyn already assumes the role of both Mother and Father to her five younger siblings when her father got into jail and their mother fell mentally ill shortly after. Hours of back-breaking work earned her a measly six pesos, just enough for a bar of detergent soap. Randy, the youngest of the group, earned nothing—his logs were rejected, they said.

The word ‘OFW’ has a certain ring to it. The sound of the word alone automatically conjures images of happy people posing against well-known tourist attractions, as seen on the Facebook timelines of our OFW friends. We are instantly reminded of balikbayan boxes filled with sneakers, chocolates, canned goods, dishwashing liquid, comforters, towels, Louis Vuitton bags, and other imported brand-name goods. We almost always feel a rush of envy for the families they have left behind, thinking how they must lead such comfortable lives.
Facebook posts show us their happy, smiling faces. We rarely read about the agony felt in the long years in between visits. Or of being constantly torn between spending on flights or saving for gifts for their family back in the Philippines. No one talks of the difficulty of trying to fit into a different culture and of being asked where you came from, only to receive blank stares from people who have never before heard of your roots.
No one speaks of the feeling of dejection that comes with the dilution of the credentials you have worked so hard to garner. Of the feeling of being lost in translation, of mouths hanging open in front of a native speaker who churns out a hundred incomprehensible words per minute.
No one speaks of feelings of lonesomeness despite being surrounded by people, simply because you crave a different company. Of freezing winter mornings, without Nanay’s hot sopas to dull the biting cold down. Of the pinching pain in their hearts as they see videos of Ningning making her first baby steps, of Chuchay delivering her valedictory speech, and of Kokoy looking all grown up in his prom picture. The bittersweet pain that comes with having to make do with looking at virtual versions of their beloved, instead of wrapping their arms around them.
OFWs are dubbed ‘modern-day heroes,’ and for good reason. There are struggles they never spoke of, to keep you and the family from worrying about them. If you are a fortunate kin of an OFW, shoot their inbox a thank you message today. 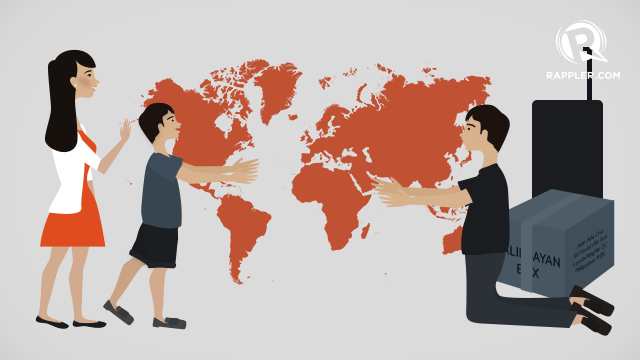 Okay, I know we said workers, but before Julie Gandiongco became the owner of one of the most successful bakeshops in Manila, she was a worker of sorts.
As a wife of a Pepsico employee, Julie and her entire family lived a life in transit. Her husband, Diegs, would be assigned to different location, and the entire family would pack up and move along. They have lived in Bohol, Cebu, Zamboanga and Ormoc, and in each province, she would try to make some extra income by keeping a sari-sari store and accepting sewing jobs.When
Diegs resigned to manage a 30-hectare sugar plantation in Dumaguete, Julie assisted him by overlooking farm hands. However, the price of sugar suddenly dropped worldwide, bringing with it the future of the family. The soon the farm and had to move back to Cebu.
Instead of going back to sewing, she applied as a canteen concessionaire for a rattan export company. This led her to the realization that she should start offering bread to her suki. Working with a baker she met, she opened her first bakeshop–Julie’s Bakeshop. She was 50. 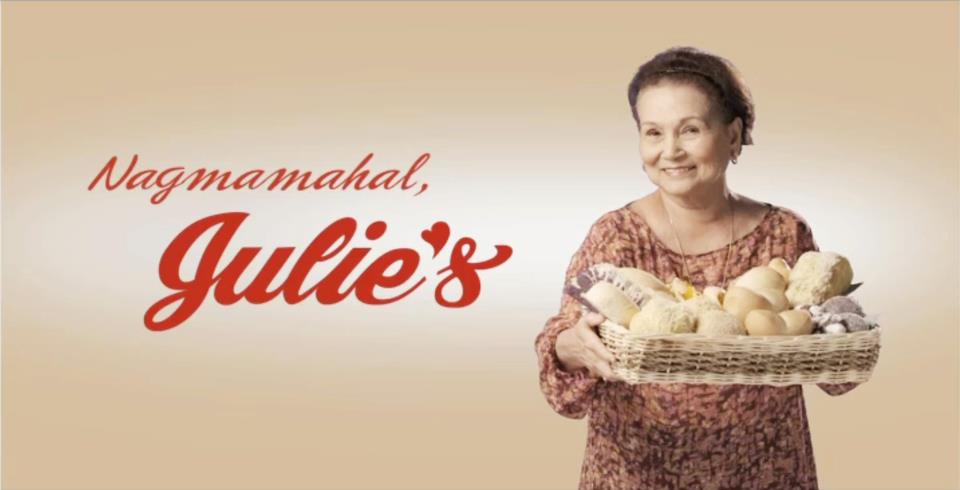 Let’s face it, not all of us can say we’re happy about our jobs. Some are stuck in a job they despise. Some of us put up with a job that isn’t in any way related to our college degrees. When life hits us, it’s sometimes difficult to see the silver lining, when the truth I, we are fortunate enough to be with a job that helps the ends meet.
This Labor Day, reward yourself by getting that new smartphone you’ve been eyeing. You work hard every day to make things easier for the people you love. It’s about time you treat yourself with the same level of kindness.
Pawn with PawnHero today for some extra vacation budget! Through the PawnHero app, you can pawn anytime, anywhere, with just a few clicks! You can also find plenty of authentic, brand-name stuff at the PawnHero Marketplace. You can find anything from Louis Vuitton bags, G-Shock watches, and more!