Ultimate Guide to Surviving a Typhoon in the Philippines [Infographic] 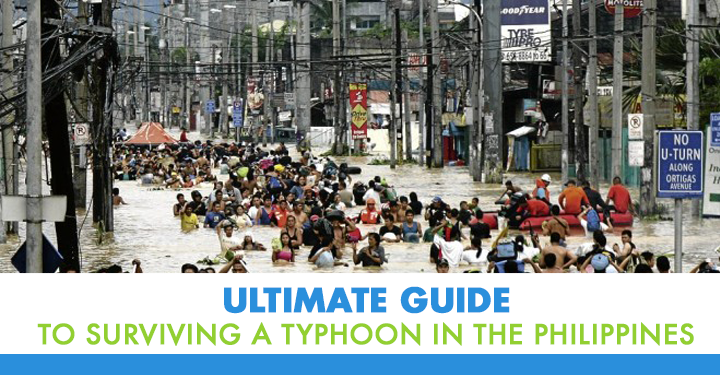 With the Philippines sitting on the most tropical cyclone-prone waters on the planet, the country hardly escapes the path of typhoons. In fact, some 20 typhoons strike the country year in and out, with the deadliest whiplashes recorded over the past decade. These include typhoons Pablo (Bopha) which killed more than 1,900 Filipinos in 2012, likewise typhoons Sendong (Washi) in 2011, and Frank (Fengshen) in 2008. In 2013, Typhoon Yolanda (Haiyan) practically obliterated the most part of the Eastern Visayas, taking 6,300 lives in its rage.
Nonetheless, survival is still possible in the midst of calamity and having an ultimate guide for survival helps to a great extent! Here are some efficient ways you and your family can secure each other from the dangers of a typhoon.

While there’s no stopping nature when it strikes, Filipinos can arm themselves with vigilance in weathering the worst typhoons. Remember, preparation is still key!
(Base Photo Source)

Previous Article
5 Surprising Facts Every Pinoy Should Know About Duterte
Next Article
Buying a Pre-Owned Smartphone? Here are the Things You Need to Consider

Buying a Pre-Owned Smartphone? Here are the Things You Need to Consider
Pawnina Bayani May 27, 2016
Pawn now