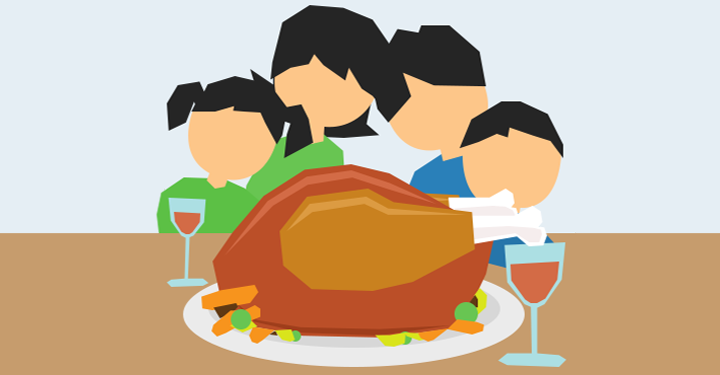 The holidays are in.
Here you are, ready to welcome the festivities with open arms while partially clouded by the nightmare of gaining weight. It’s a looming war between your discipline and appetite. The barrage of invitations from friends, family, and colleagues are simply hard to combat. The ability to produce self-guilt is low and the arrays of food servings are stacked high on your plate. This is not an unusual story of fighting for your health and surrendering to the immense amount of great food in the end.

In fact, more than 50% of annual weight gain is said to be acquired during the 6-week holiday season according to the Human Nutrition Research Centre in the US.

Imagine promising yourself and toiling away to get off that holiday weight gain for the rest of next year. You’d even declare it as your New Year’s resolution..like you did from last year.
It’s hard, right?
What if you could ever prevent yourself from gaining that holiday weight? It is possible. The jarring gap between discipline and one’s appetite could be removed. You could finally be guilt-free by the end of the holiday season and still feel fulfilled with a health resolution to boot. Here’s a complete run-down on healthy eating for the holidays  — or cheat-eating if we may say, (and still be happy with it).
Catching The Healthy Eating Habit Early
Resolutions take time to form. For a resolution to work, there has to be a consistent working regimen that could be completed within a period of time. A daily repetition of easy tasks forming up a habit is a fool-proof way of improving yourself without having to put much effort into it. Your body remembers your preferences without having to “think” on it. According to New York Time Bestseller book, The Power of Habit:
“Habits, scientists say, emerge because the brain is constantly looking for ways to save effort. Left to its own devices, the brain will try to make almost any routine into a habit, because habits allow our minds to ramp down more often. This effort-saving instinct is a huge advantage. An efficient brain allows us to stop thinking constantly about basic behaviours, such as walking and choosing what to eat, so we can devote mental energy to inventing spears, irrigation systems and, eventually, airplanes and video games.”
Habits create an automatic set of actions, lets you focus more on other things and propel changes on your behaviour effectively. The key parts to forming a habit are cue, routine, and reward.
Cue creates a “trigger” and tells your brain on which habit to use. Routine is the action you take upon initiating the cue. Reward helps your brain remember to “do” the routine again in the future.
For a cue, you could look at a screenshot of this article (or visit it) every time before you dine at the table to remind you of habits. You could also visualize in your mind the holiday weight you’d be getting before eating. An easily accessible cue is important to letting your mind know what action it should undertake.

For the routine, a simple action is recommended to help your mind retain it in memory. We have put up a number of routines you could do in Part 2, to help you step-up your eating habit.

For the reward, you could put up an action or mini-reward to let your mind know that the routines are good and also give yourself a greater reward once you’ve gotten through the holidays. In Part 3 ,we have come up with a set of rewards you could enjoy after getting through the holidays cheat-eating and still, guilt-free.


This formation of healthy habits could also be applied on budgeting your purchases during the holidays, for this, you could check out The Ultimate Christmas Guide to Cheat-Spending and never regret the money you spend this Christmas season.

11 Money Apps That Will Help You Save BIG