Pawnina Shares: All-time Favorite Simbang Gabi Treats And Where To Find Them

Hey guys, Pawnina here! We’re just a few days away until the eve of Christmas. So, the holiday tradition for many begins with the early dawn mass or Misa de Gallo on 16th of December!
What’s to look forward after the Rooster mass are all-time favorite Simbang Gabi treats! These native delicacies  are a staple outside cathedrals and are just perfect to keep our tummies warm before dawn breaks.
Now, if you want to have a taste of Christmas from these proudly made pinoy traditional delicacies, then we list down a few places where to find them around the Metro.

One of the most popular Misa de Gallo eats is the purple colored glutinous rice oozing with gooey sweetness from the perfect coat of melted butter/margarine, muscovado sugar and grated fresh coconut. This steamed rice cake in a small bamboo tube is warmly served and is burp-worthy on your bellies!

Here are a few spots to find these Puto Bumbong even after Christmas:

Another all-time favorite is the popular Bibingka. And various provinces in the Philippines have their own take on the rice cake. But one can always know it’s a Bibingka as it is traditionally cooked in clay pots lined with banana leaves. It’s soft and sticky and lovely to chew especially when it’s fresh out the oven or clay pot.

Here are a few spots to find these Bibingka even after Christmas:

Budbud is the Visayan Suman. It is a tasty Filipino sticky rice/purple rice/millet/cassava dish that is cooked with fresh coconut milk, then wrapped and steamed in banana leaves. 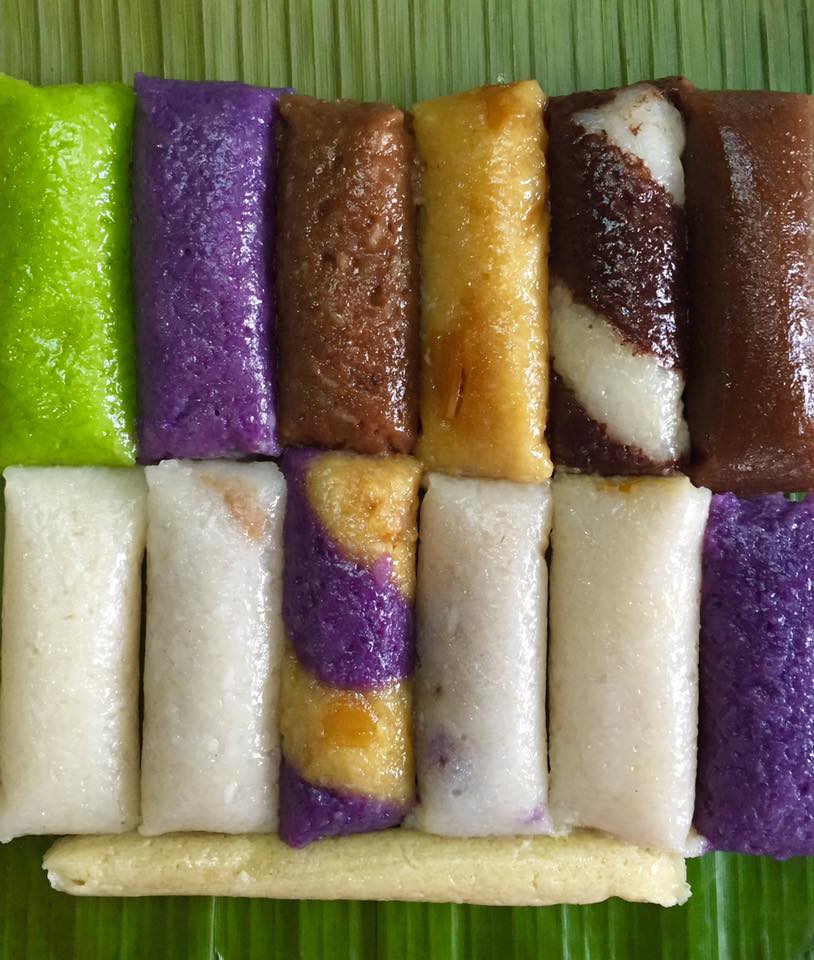 Here’s where you find one of the claimed best tasting budbud even after Christmas:

Biko, locally known as malagkit, is a Filipino rice cake made from sticky rice , coconut milk, and brown sugar. Basically, color brown and really heavy on the tummy. This is sure to satisfy your cravings for Pinoy desserts. 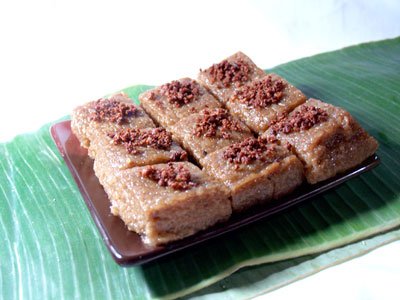 Here’s where you find Biko even after Christmas:

Puto kutsinta or kutsinta is a type of steamed rice cake found throughout the Philippines. It is made from a mixture of rice flour, brown sugar and lye, enhanced with yellow food coloring or annatto extract, and steamed in small ramekins. Basically they look like small sticky brown rice cake.
While Puto is a kind of steamed rice cake in the Philippine cuisine. It is usually eaten as a merienda – a light meal or snack and sometimes of various colors to be treat for the eyes. Here’s where you find Kutsinta and Puto even after Christmas:

Here’s where you find Sapin sapin even after Christmas:

Palitaw is a flat white rice cake, cooked in boiling water until they float and appear on top; that is how its name was derived they show and float. This delicious Simbang Gabi treat is usually dipped in grated coconut and topped with sugar and sesame seeds and tastes so good you always ask for more.

Here’s where you find Palitaw even after Christmas:

These delicious after mass treats comes best with Kapeng barako, hot chocolate or salabat (Ginger Tea). If you want hot bowls, then you can always for the popular Arroz caldo (Rice Porridge) and the Papaitan (Bitter Goat Stew).

Tags:
Previous Article
10 Positive Things That Happen When You Donate
Next Article
How To Create A Successful Online Crowdfunding Campaign