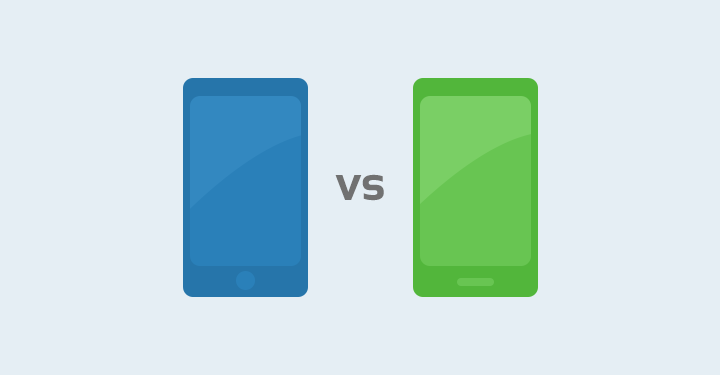 Samsung Galaxy S6’s launch is rumored to be on April 11. Will it be good enough to beat the features of Iphone 6?
Here’s a head-to-head battle of Samsung Galaxy S6/S6 Edge and Iphone 6/6 Plus:

Apple’s Iphones are said to have Corning Gorilla Glass 3 for its front panels in comparison with Samsung’s front and back sides with Corning Gorilla Glass 4. If you prefer to have a solid aluminum build to an all-glass frame, the Iphone 6 and 6 plus is for you.
Iphone 6 and Samsung Galaxy S6 Edge is at a close tie on weight while Samsung Galaxy S6 is lighter than the Iphone 6 plus by 30 grams 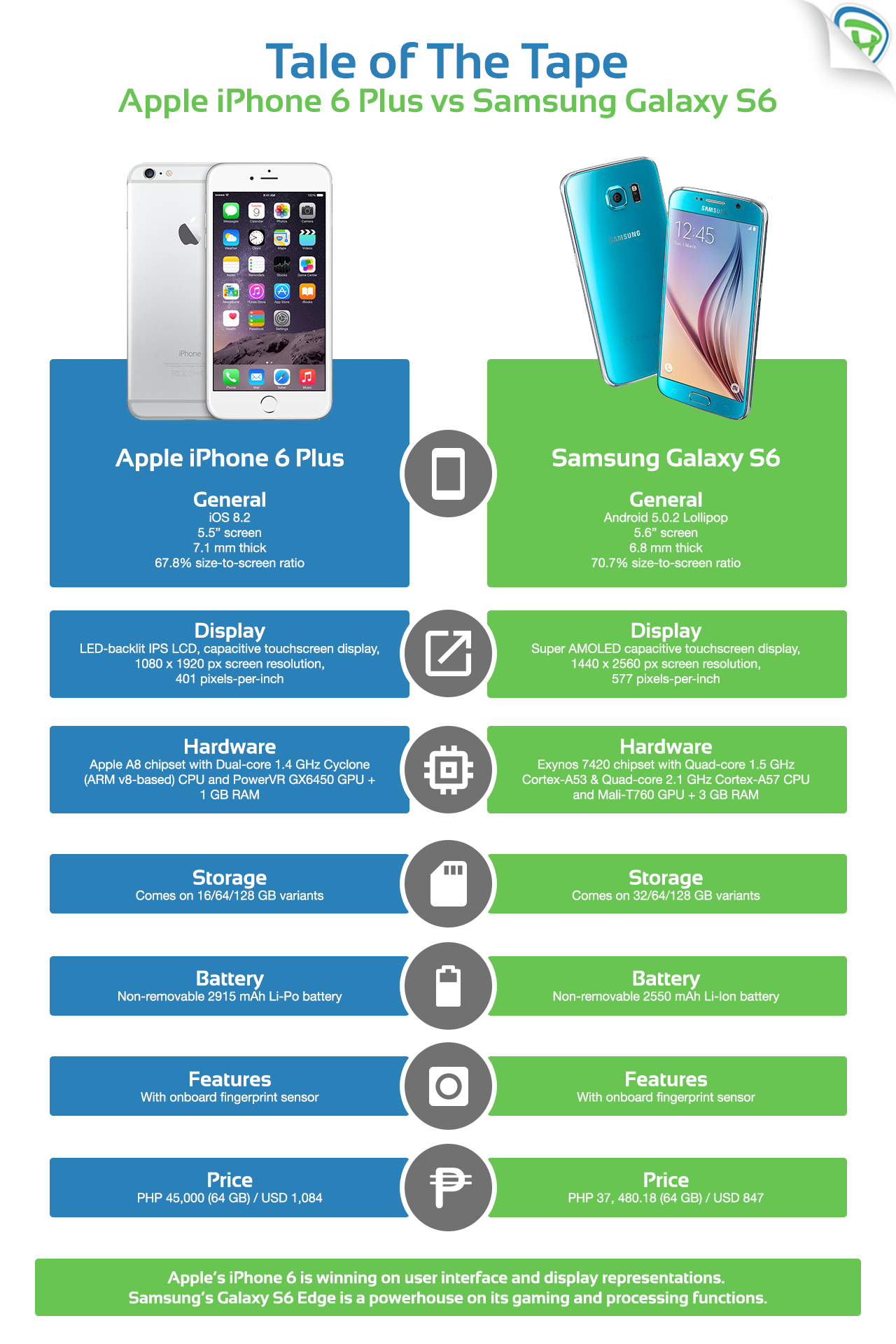 Displays on both brands are at 16M colors but Samsung’s Gaxy S6 and S6 Edge is a clear winner with a higher resolution and ppi.
However, Apple’s IPS LCD produces a more accurate color reproduction, sharper details, and more daylight visibility. Samsung’s Super AMOLED display on the other hand consumes less battery, has greater contrast, and a better response time but display quality fades out easily. 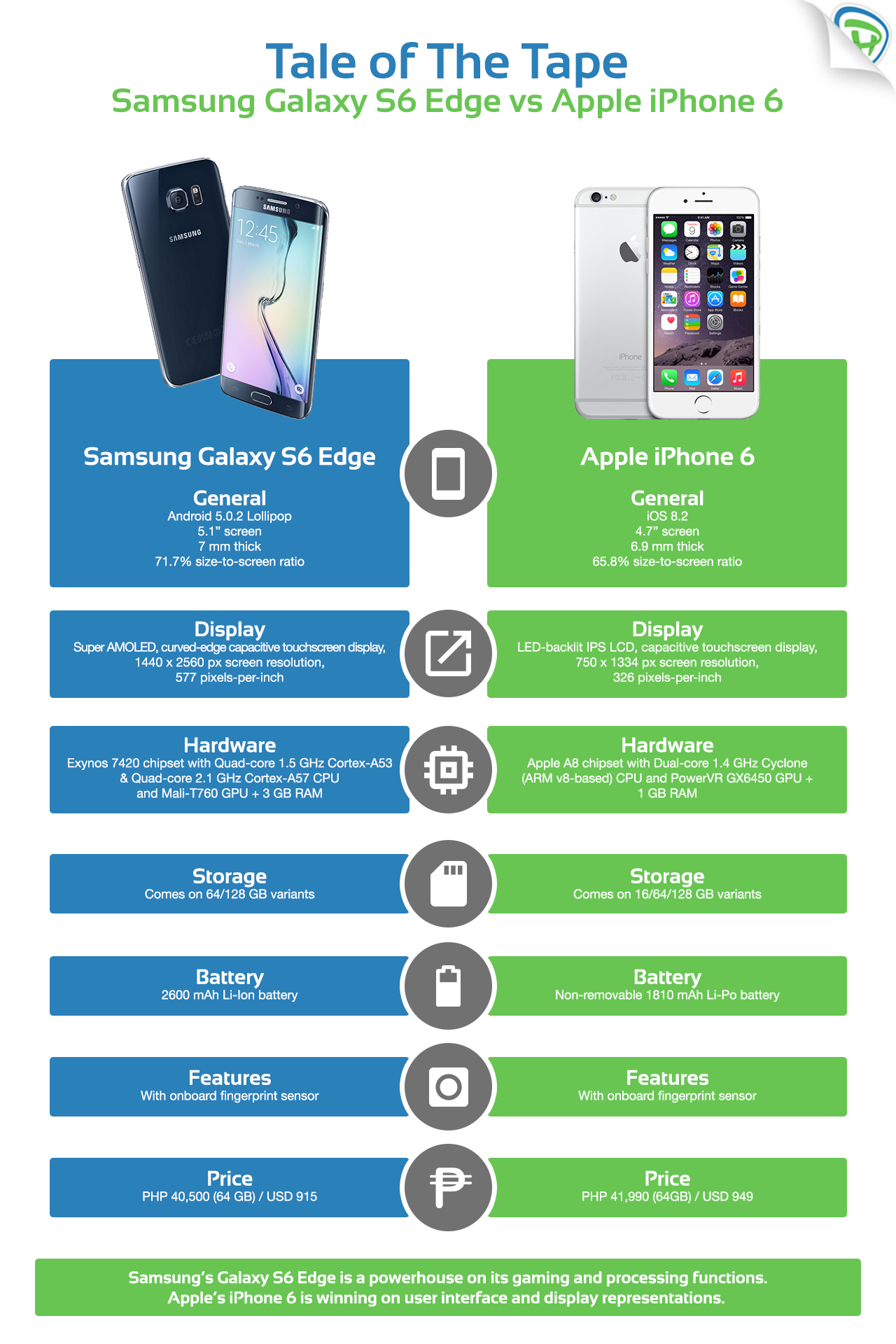 Samsung’s Galaxy S6 Edge packs a greater battery juice compared to Iphone 6 but the Iphone 6 plus has more energy to go than Samsung Galaxy S6.

Samsung is a powerhouse on its gaming and processing functions. Apple’s Iphone 6 and 6 Plus are winning on user interface and display quality. The bottomline here rests on what parts of the two smartphones you prefer the most.
Need a bit of fund for your Samsung Galaxy S6 or Iphone 6? You can pawn your old smartphone and other gadgets and get funds now at PawnHero.ph.