The location, the music, the food, the stories and of course the good stash of  drinks make up a good party! But to make all barkada reunion celebrations a blast, there should also be games to hype things up!

To help you get started with the party planning, here is a suggested list of games that guarantees to get everyone in the circle to participate! Don’t worry, these games are just the icing on the cupcake because they bring out a galore of confessions, teamwork, laughter, and dares! All you need is a drink and that game face on!

1) Be a team sport playing the “Beer Pong”

One of the fun and popular drinking games is the beer pong! The game is a barkada game as it requires two players; the players could either be a pair or a group.

The game requires a table. At both ends of the table, a pyramid formation of half-filled cups of beer are arranged. The game begins with the first team attempting to shoot ping pong balls into the opponent’s cups from across the table. 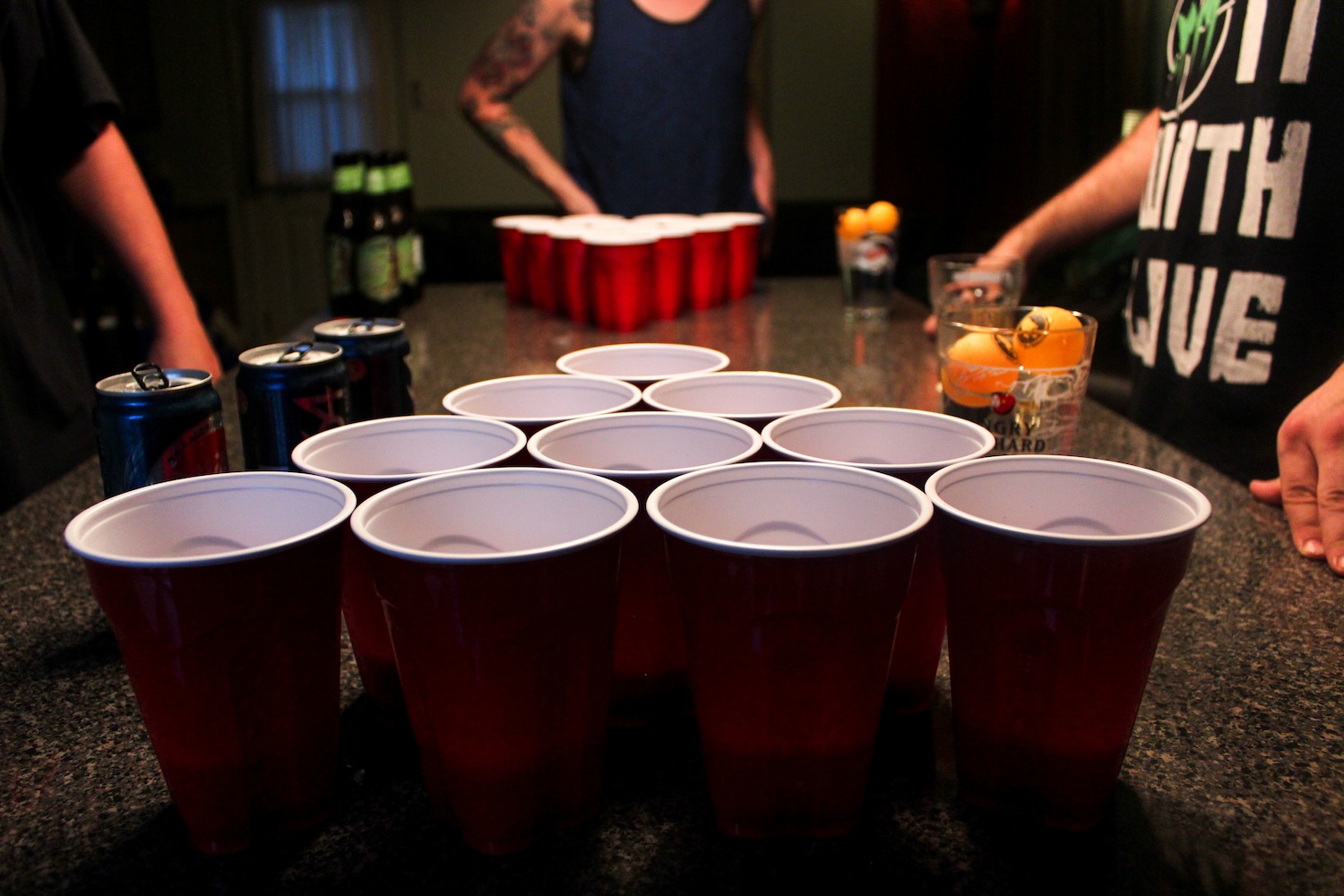 If a ball shoots into the opponent’s cup, the players (opponents) are required to drink it. The team to hit all their opponent’s cups wins. The losing team, however, drinks whatever beer is left on the table. Bummer!

For sanitary reasons, a cup of water is kept to wash the ping pong balls after each throw. But to be honest, that doesn’t really help.

2) It’s Confession Time with  “Never Have I ever”

The only injury here is the truth and the only saving grace is the guilt. So, spare your lies because with the pressure of this game plus with the help of drinks, the truth will set you free.

This “Never Have I Ever” game is a really simple and highly verbal game that’s great for large groups. Taking turns in asking the million dollar question in the form of “Never Have I Ever” (like “never have I ever peed on my bed”). Anyone from the team who drinks are guilty of doing it. So, prepare hard-hitting Never Have I Ever questions for those moments of truth that will leave you in shock. No friend from the barkada is safe!

Get all those booze in the circle and shot glasses as well. This game called “King’s Cup” is better than just sitting down to drink and drown those sorrows away. To play King’s cup, all you need is a deck of standard cards, that’s 52 cards! Each card has a rule to follow which you can search on the internet or you may also reinvent the rules. For instance, when someone from the barkada picks up the Queen card, all the girls drink, the 8 card, you choose a buddy who drinks when you drink for the rest of the game and so on.Sounds exciting!

Nothing like a game that bugs you when you hear your name out loud from one of your friends. You can’t help but get a drink to find out the question linked to your name. This game spells paranoia alright. It’s a really fun game that convinces players to drink a shot.

How this works? The game let’s someone on your right whisper a question into your ear, the answer has to be the name of somebody playing the game  as well (e.g. “who is the prettiest in this room?”). You respond out loud. If someone wants to know what the question was, they have to drink. There goes your name! 5) A choice to make from “Would You Rather”

This game can be really hilarious! A set of ridiculous choices should be ready for this game, or if you are witty enough, you can make a choice on the spot   for example, “Would you rather: a) die a virgin or b) be pregnant like Octomom?”

So, as this game works on a voting system, whoever is in the minority drinks. For instance, once a choice is pose as an ultimatum,  all players should write down their answers on a piece of paper. Once everyone has decided, answers are revealed simultaneously. If there are five players and three said that they would rather die a virgin then the players who chose  be pregnant like Octomom have to drink .

This game is sure to make everyone laugh with the revelations  each of the barkada make!

The holiday season can also be a reunion season. So, as a public service announcement from PawnHero Drink Responsibly! Happy holidays! It’s game time!